By Syauqi Subuh
Gadget
Samsung
Boladadu.com- 5G was originally only in the ranks of premium mobile phones. But over time, a number of smart phone makers began to move to implement 5G to his middle class devices.

Samsung has done so by launching the Galaxy A90 5G and it looks like the South Korean manufacturer is planning to bring its new 5G phone back in the near future.

The smartphone in question is a device with a model number SM-A7160B which has secured certification in China. The identity of the smartphone is unknown, but Sammobile speculates that it will be a 5G variant of the Galaxy A71.

For now the specifications to be carried by the Samsung Galaxy A71 5G are still rare. But its presence on the Chinese certification site suggests that Samsung will launch its new cell phone in the country. 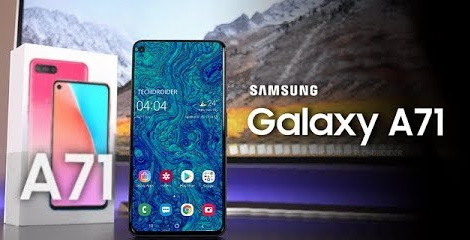 Samsung itself is preparing to bring its new 5G mobile phone called the Samsung W20 5G to the Chinese market in the near future after stopping its business there some time ago.

So it's not surprising that they brought other 5G phones in the country to regain lost market share by utilizing 5G connectivity that continues to grow.

Samsung currently uses the Snapdragon 855 or Exynos 9825 chipset for its 5G phone. But considering that it will still be positioned on a middle-class smartphone, the Galaxy A71 5G must somehow have a 5G chipset that is cheaper to reduce production costs.

A strong candidate who can become a kitchen runway Galaxy A71 5G is the Exynos 980 chipset which they introduced last September as well as the first chip with an integrated 5G modem.

This chip is built on an 8nm process with two Cortex-A77 configurations offering a 2.2 GHz clock along with six Cortex-A55 cores at 1.8 GHz and a Mali G76 GPU.

Apart from the Samsung Galaxy A71 5G, the Exynos 980 will also be used by Vivo with its new smartphone called the Vivo X30 which is scheduled to arrive in December with the Pro version.

Vivo X30 is said to be displaying a 6.5-inch AMOLED screen that supports a 90Hz refresh rate with a 64MP main camera boast in a quad-camera setting at the rear.