By Syauqi Subuh
Gadget
Samsung
Boladadu.com- Samsung A51 will be placed in the mid-range segment by carrying a Punch Hole screen (Infinity O-Display) like the Samsung Galaxy Note 10. The design is similar to Note 10, because it has a hole in the middle of the screen. But for the hardware specifications are mid-range specifications by relying on Exynos 9611.

Premium design is the main advantage of the Galaxy A51. This smartphone is certainly interesting to wait for its presence in Indonesia because it can be an alternative to the Galaxy A50s which has been officially released a while ago. 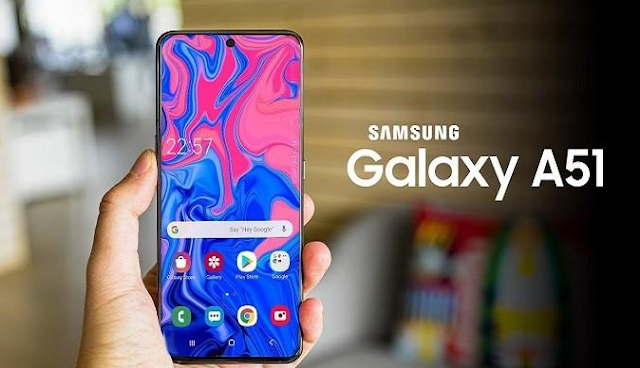 Interestingly, the Galaxy A51 has 4 cameras with configurations that can meet all photography needs. The camera resolution is also very high, both for the front or rear camera. Now to see more about what the specifications are, please see below.

Screen
At present all smartphone manufacturers are competing to bring the best Android mobile screens. But to this day Samsung remains the best, thanks to its Super Amoled technology.

Galaxy A51 certainly already uses Super Amoled panels whose image quality is very clear and sharp. The screen is stretched as wide as 6.5 inches with a resolution reaching 1080 x 2340 pixels and has a density of 396 ppi with a ratio of 19.5: 9.

The most interesting thing is the presence of the front camera hole which is made symmetrically in the upper center of the Galaxy A51. Then for the back has 4 cameras that indicate that the Galaxy A51 is prepared as a smarpthone photography.

The design of the Galaxy A51 is also very thin with a length of 158.4 mm, width 73.7 mm, and a thickness of 7.9 mm. Samsung placed a fingerprint scanner sensor inside the screen and still provides a 3.5mm audio jack and microSD slot to complement the Galaxy A51.

Performance
Continuing on the matter of performance, the Galaxy A51 offers a fast pacemaker by relying on the Exynos 9611 chipset made with 10mm fabrication. The chipset has Octa Core processor speed which is divided into two cores, namely Quad Core 2.3 Ghz Cortex-A73 and Quad Core 1.7 Ghz Cortex-A53.

There is also Mali-G72 MP3 graphic processing and the Android Pie 9.0 operating system wrapped in the OneUI interface. Available memory configurations also vary, starting from 4GB / 64GB Ram, 4GB / 128GB Ram, and 6GB / 128GB Ram. If the internal memory is lacking, we can also add microSD up to 1TB.

Camera
The four camera configurations on the back side of the Samsung A51 make this smartphone's photography capabilities quite capable. Because, Samsung equip the Galaxy A51 with a 48 Megapixel main camera that is supported by a 1/2 ″ sensor, 0.8µm with an f / 1.8 aperture and PDFA equipped. 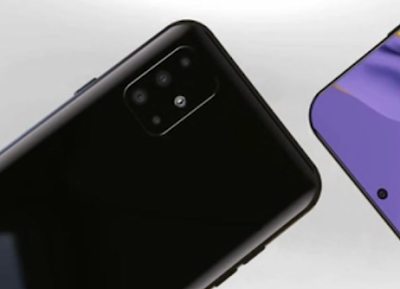 Then the second sensor is a 12 Megapixel Telephoto lens with 2x Optical Zoom. Then there is the 12 Megapixel Ultrawide lens and 5 Megapixel Depth Sensor. To maximize the ability of the camera, Samsung provides a variety of photographic features such as Live Focus, HDR, Panorama, to 4K video recording capabilities.

The front camera of the Galaxy A51 is equally interesting. This phone has a 32 Megapixel front camera which is placed in the middle of the screen. The ability of the front camera will be very capable for selfies or making vlog videos, because it has the Live Focus feature.

Connectivity
Although the price of Samsung Galaxy A51 is cheaper, the quality of this smartphone cannot be underestimated. Moreover, Samsung has provided it with complete connectivity features and a large battery capacity of 4,000 mAh which is supported by the Fast Charging feature

Whereas the connectivity supports Wi-Fi 802.11 a / b / g / n / ac Dual Band, Bluetooth v5.0, GPS (A-GPS, GLONASS, GALILEO, BDS), NFC, and USB Type-C ports. Well armed with all these features, then what is the price of the Samsung Galaxy A51 in Indonesia? 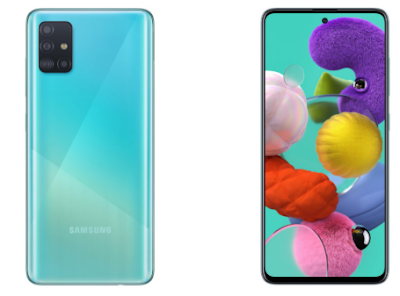 As you can see above, the specifications of the Samsung Galaxy A51 are quite high and can compete in the mid-range segment against Oppo Reno 2 or other mid-range smartphones marketed above US $ 400.