By Syauqi Subuh
Gadget
Samsung
Technology
Boladadu.com- The latest generation of cellular telecommunications called 5G has arrived and we have seen it used in a number of smart phones, and it is hoped that more will support it next year.

MediaTek is one of the companies that is serious in developing 5G, even the semiconductor company from Taiwan recently launched its new flagship 5G chipset called Dimensity 1000.

But besides that, MediaTek is also suspected to be working on a more affordable 5G chipset that was previously reported to have model numbers MT6873 and MT6885 for use in the mid-range cellphone range next year. 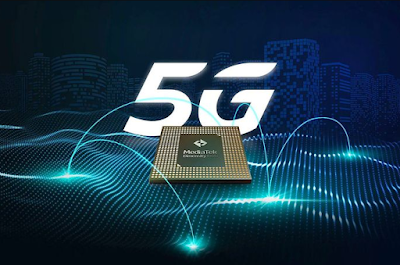 The makers of smart phones, especially from China such as OPPO, Vivo, Xiaomi, and even Huawei are rumored to be using this medium class 5G chip in their ranks of smart phones.

And if the new report is reliable, Samsung might also join in using the MediaTek 5G chip for its mid-range 5G phone which is expected to arrive in 2020.

Reported by Chinatimes, Samsung reportedly is in the process of talks with MediaTek to bring the 5G chip in the ranks of his affordable mobile phones such as the Galaxy A Series or other models.

Even MediaTek is reported to have actively sent samples of their chips to Samsung for testing. If their 5G chip succeeds in capturing Samsung, MediaTek's 5G chip delivery will likely reach a higher level.

Unfortunately for now the details of the two middle class 5G chips from MediaTek are still scarce, but it was previously reported that mass production will begin in the second quarter of 2020 which will reportedly be built on a 7nm process and supports the Helio M70 5G modem.