-->
Home Gadget Samsung 5 Reasons To Buy a Samsung Galaxy A50

5 Reasons To Buy a Samsung Galaxy A50

✔ SyauQi
Gadget
Samsung
Key Features of Samsung Galaxy A50 6GB / 128GB Black
In 2019, Samsung updated all Galaxy A series smartphone models. Now, Galaxy A line smartphones have more sophisticated specifications than before. In addition, even more interesting is the price of the Galaxy A is now more affordable so that everyone can taste the sophistication and quality of the best smartphones from Samsung. For those of you who are looking for the latest Samsung smartphone 2019 at an affordable price, consider the 5 reasons to buy a Samsung Galaxy A50: 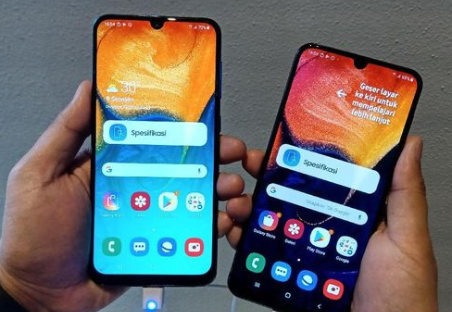 Samsung Galaxy A50 is equipped with a 6.4 inch wide Super AMOLED screen. This wide screen has a high resolution Full HD +. The screen design looks more roomy and unique because it has small bangs on top. The screen nicknamed Infinity U makes the screen look wider but does not make the body of the smartphone more large. The Super AMOLED screen has a better sharpness quality than an ordinary IPS LCD screen. The color quality is also softer so it is comfortable on the eyes.

3. Fingerprint on the screen 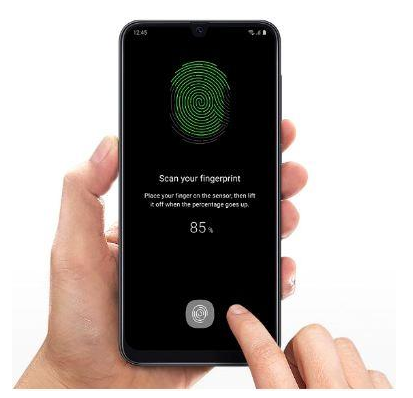 Samsung Galaxy A50 is equipped with a fingerprint sensor inside the screen like a contemporary smartphone. High-tech biometric authentication technology can recognize fingerprint patterns quickly. Therefore, you don't need to press the sensor for too long to unlock the screen. Just touch the fingerprint logo on the screen to unlock it quickly and safely. 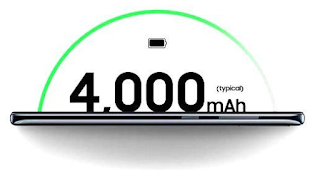 Samsung Galaxy A50 is equipped with a large battery capacity of 4000 mAh. This large battery capacity can be recharged quickly because it supports 15W Fast Charging. On the performance side, the Galaxy A50 is powered by an Octa Core processor with speeds up to 2.3 GHz. This fast and economical processor is also accompanied by a large memory capacity. There are 2 memory and storage options for the Galaxy A50 namely 4GB RAM with 64GB ROM and 6GB RAM with 128GB ROM. Samsung also added a MicroSD slot up to 512 GB if the ROM capacity provided was deemed insufficient.

The price of the Samsung Galaxy A50 is more affordable than the previous Galaxy A series smartphones. In addition, the specifications offered are also higher, so it will definitely be of interest to you. Galaxy A50 is perfect for those of you who are looking for the latest Samsung smartphones that are sophisticated and affordable.